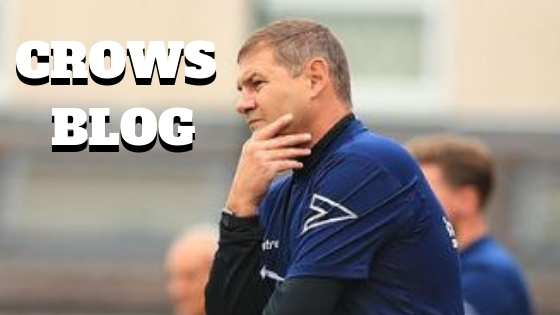 Happy New Year to everyone connected to Royston Town FC, kids, parents, supporters, board members, staff and players. Everyone!! Lets hope the Club moves forward once more as we have previously in all areas of the Club.

I haven’t put a blog on for a while, but would like to update everybody now.

Obviously our results haven’t been as good as we would have wanted, especially at home but considering the “Disruption” of injuries, suspensions and players coming in and coming out we have remained competitive but not possessing that “killer touch” in front of goal which could have meant more points in the bag!

Not all doom and gloom though. Plenty of new faces came into the team and have performed extremely well despite their tender age.

Joe Newton, the most recent addition, has come from Step 5 football. He is only 17 and has created plenty of positive attention from pro-clubs including Peterborough and Norwich. Luke Oswick, a left back who has been playing for our reserves and with Jordan Norville-Williams going back to Cambridge United has stepped up and performed admirably in the first team. Dan Gallin, as with Joe and Luke are from Chris Watters’ Academy. Dan is a lad we are looking at to eventually be a regular scorer for us, considering he is still rehabilitating from a serious knee injury, he has been amazing with his contributions to us!

Dan Green, an experienced central midfielder who has had to come into the first team in his secondary position of right back. Initially Dan has come up to earn a first team place and has done himself no harm by coming in and showing a good technical level.

Louis Yamfam. A little like Dan Green in as much as he has come up to show his worth. Unfortunately for Louis he has been injured since his first match so hopefully can prove himself in the future.

So plenty of new faces, mostly young lads with full of promise, our injured list has slowly got slightly better but then others have picked up niggles. Spyros Mentis has recovered as has Josh Castiglione, Scott Thomas and Gus Scott-Morriss but with that positive news we have lost James Potton and Sam Corcoran. It really has been a turbulent time with over a dozen players being unavailable for various reasons over the last two months. With that in mind it’s no surprise we have had indifferent form.

Anyways, onwards and upwards. A massive month coming up, hopefully we can get as many as possible back fit. Stay in and around the play-offs and compete in the cups.

This Saturday we host @Hednesford_Town at Garden Walk as we continue our promotion push! This game is kindly sponso… https://t.co/EoeerHuoJA
11h

Buses for our @BuildbaseUK #FATrophy Quarter Final away to @ConcordRangers are filling up FAST! Contact Steve Jacks… https://t.co/Omwoa7Zx1F
12h

RT @ClaudioOfosu: Guys honestly live your life to the fullest, don’t wait for tomorrow do it today for tomorrow could be too late.
18h