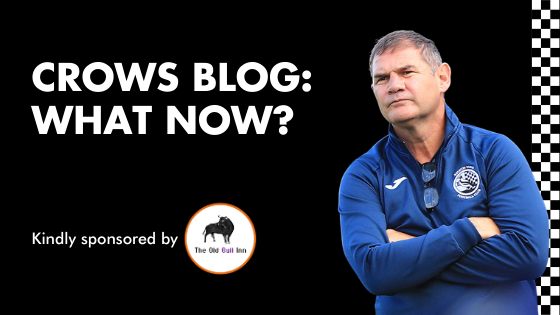 A rather solemn coach journey coming back from Brackley last night but one that when the dust settles and we can look at the result calmly we can say we took a team a level higher than ourselves all the way!

We didn’t get off to a great start in the game, going 1-0 down after a minute and then finding ourselves 2-0 down just 10 minutes later. But fair play to the boys for getting themselves back into the match to bring it back to 2-2.

Unfortunately, another mistake by us cost us another goal but again the players kept going, getting a penalty. Brandon’s penalty was saved and from there on in we struggled. The difference in fitness levels showed and however we try and dress it up, we as a step 3 team have had a month off whereas step 1 and step 2 have carried on playing and are obviously fitter and sharper than ourselves!

All things considered, we gave it a go and I’m sure they thought they were getting an easier match than that!

Still no Southern League campaign as yet. Yes, we can train but for what?

The players have been incredibly resilient in these strange times and have generally kept themselves in good nick but playing competitive games regularly is the only real way to keep up to date with match fitness and we need that. There’s no real issue if ALL teams are in the same boat but when there’s an imbalance it’s just not right!

Hopefully, we can get everything going again soon.

RT @RoystonTownWFC: TRIALS We are looking for new players for both our first team and reserves. Wednesday 30th June - 6:45pm at Comberto…
14h

RT @RoystonTownWFC: NEW PLAYERS We are looking for new players for next season. For more information about how to be part of an ambitious…
16h

You've got until MIDNIGHT to SAVE 15% on EVERYTHING in the #Crows store, including our brand new bucket hats! Ju… https://t.co/Ha50W0X7Lh
22h