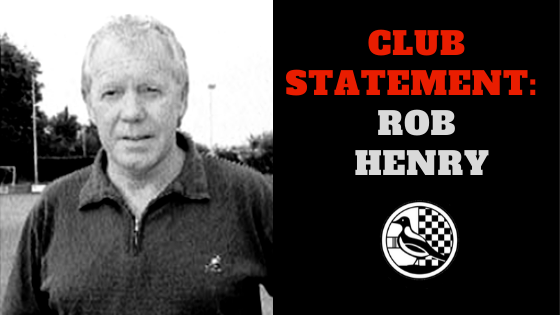 It is with great sadness that the Club learned earlier this week of the sudden passing of Rob Henry. He had a long and close association with Royston Town FC working with Brian Cannon as joint managers of the Reserves during Tony Galvin’s time as first-team manager and later as first-team coach under Phil Snowden.  Once he moved on from management and coaching he continued to support the Club both as a season ticket holder and member of the Vice Presidents Club and was at Garden Walk last Saturday for the FA Trophy game.  He was well respected for his football knowledge and ‘eye’ for talented players. As a prominent figure in the local football community and with his close relationship with Royston TownFC he will be missed by everyone.