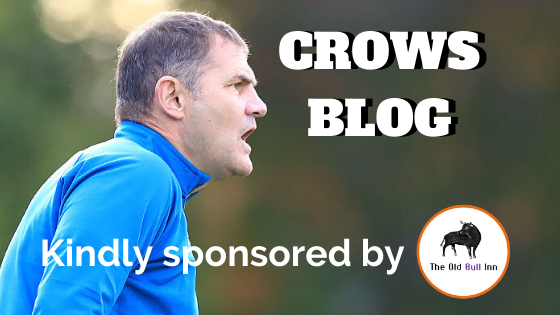 Unfortunately, a loss to report on from our away game against Barwell. One where we started incredibly well, going 1-0 up but ultimately shooting ourselves in the foot once more by conceding ‘soft’! This is a habit that needs to be broken and broken quickly!

I’ve said it before and I’ll say it again, we have a really good group of lads, whatever team we put out we will compete against any team but our Achilles heel is the goals against issue. We have a fantastic goalkeeper and solid defenders. In general, as a team, we are giving opposing teams far too many opportunities to score – by not stopping crosses or shots, diving into situations where delaying would be best and in general just making poor defensive decisions, ones that on reflection, the boys know they shouldn’t have made.

When I’m talking about conceding goals I mean it as a WHOLE team, not just the defenders. It has to be addressed as a team.

Getting back to the Barwell match, we started on the front foot and got ourselves in front.  We really should have gone further ahead but didn’t and then welet the opposition back into the game and giving them more belief, At half time the score was 1-1 and the game was in the balance!

We came out in the Second Half believing that with the slope we could take the game to them. In fairness to them, they were a more formidable contest and the game was even. It was always going to be mistakes that led to goals, on this occasion, it was the officials letting a very easy decision go against us. The boys were livid and probably should have kept their cool a little more but within a minute the ball was in the back of our net. I didn’t actually see the ball go into the goal because the ‘poor’ decision happened right in front of us and I’ve got a very awkward looking official trying to justify a decision that impacted the game – a mistake that the ref later conceded he and the Lino had got wrong!

I’m not even going to comment on the last goal, other than to say the ref’s decision was dubious, to say the least, but it was the final nail in the coffin for the match and the result.

And now we have to brush it off and go again. The ups and downs of a season will happen. The belief is there, as is the ability, and if we keep free from injuries we will compete. We know we are good enough – so bring the games on!

Keep the faith everyone!!

Why not show your support for the #Crows with a wallpaper for your phone? We've been busy creating a few that we'l… https://t.co/2vzIpFu1jQ
16h

We're looking at refreshing our merchandise offerings and exploring ways of trying to improve your matchday experie… https://t.co/yWriX9heXU
19h

Apologies for the radio silence of late but there's not been too much to report... but we've been working on a few… https://t.co/q9OxDfD8Os
19h
League Sponsors