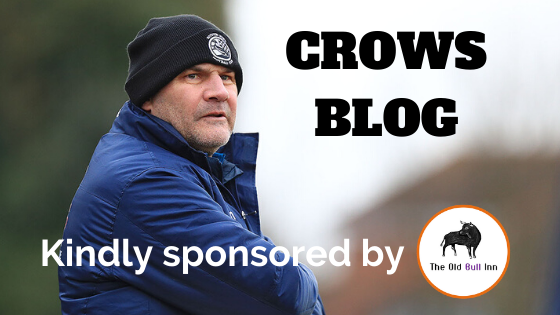 Hi,
The boys pulled through again! What a fantastic effort last night against Stourbridge – not quite in the way we wanted but ultimately it was the result that we were after!
We started brightly enough with several opportunities to open the scoring but all were either missed or saved to keep the score at 0-0. As the first half went on gradually our visitors gained belief in themselves once more. Obviously things have not really gone Stourbridge’s way this season but in fairness to them, they looked a good team and fair play to them for that. It was a case of us trying to push on but the opposition took the lead and everything changed.
For the first time in a while, we found ourselves behind half time, so it was a case of picking the boys up but to also make sure that they were up for it in the second half of the game. And boy were they! Every single one of them tried and put in a shift and eventually, they succeeded and were rewarded!
The 3 goals probably flattered us a bit but the boys showed real character – brilliant!
Cheers
Steve C
The CROWS BLOG is kindly sponsored by The Old Bull InnTHE OLD BULL INN, a traditional 16th-century inn,  is located at 56 High Street, Royston, SG8 9AW and is the perfect place for both rest and rejuvenation. Whether you are staying in one of their comfortable en-suite rooms, cosying up around the open fire with a drink, dining in their restaurant or hosting an event in one of their function rooms The Old Bull Inn is sure to exceed your expectations!