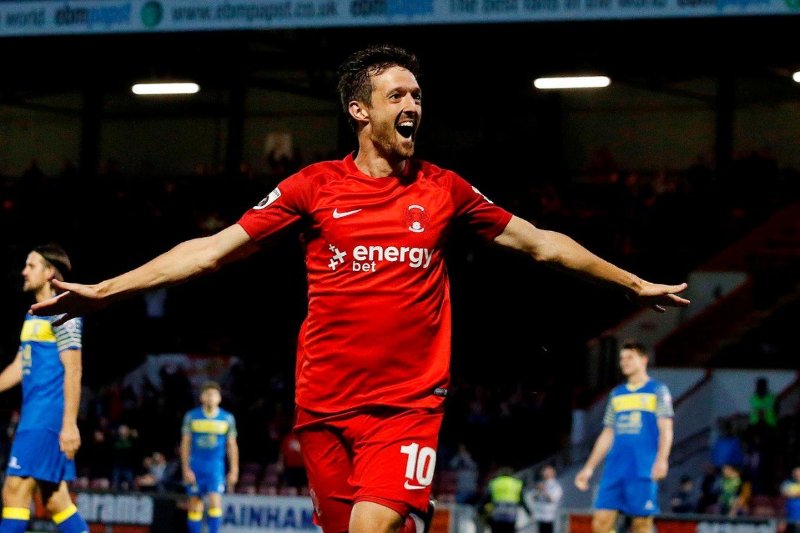 Mooney (33) started his footballing career in Ireland playing for Shamrock Rovers, Longford and Cork City. In 2008 he moved to England and signed for Reading.  After loan spells at Charlton Athletic, Norwich City, Stockport County and Colchester United he moved to Leyton Orient. At that time the O’s were playing in League 1. After scoring an impressive 51 goals in 170 appearances for the Brisbane Road club he moved to fellow League 1 side Southend United where he scored 6 goals in 30 appearances before returning to East London and rejoining Leyton Orient in 2017.

Welcome to the Crows David!

RT @HitchinTownFC: 🎥 | SKY SPORTS BACK AT TOP FIELD We’re very excited to announce that @SkySportsNews will be coming back down to Top Fie…
8h