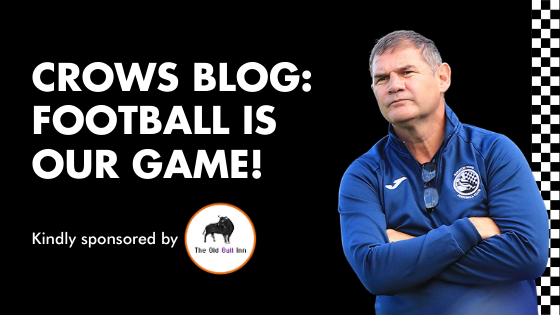 CROWS BLOG: FOOTBALL IS OUR GAME!

CROWS BLOG: FOOTBALL IS OUR GAME!

I hope that this post finds you all well?

Although there is no football for us at the moment there’s still plenty to talk about, especially in the last couple of days!  The European Super League!! What a saga! 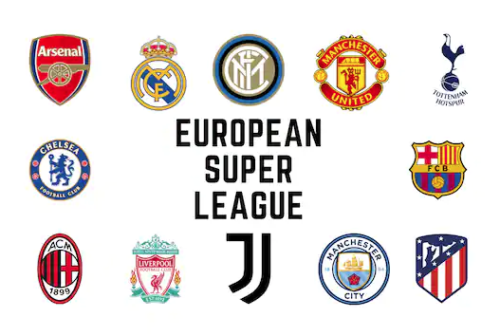 There’s been plenty said and as someone that has made their living from the game over the last 39 years, I have an opinion and will have my say, just like we all have…

People that don’t know our game, the history, the depth of feeling, the pure passion that is in ALL levels of the game., without any real knowledge killing our national sport that, if allowed,  would likely have filtered into other sports to gain maximum income, whatever the consequences!

Football is OUR game. Up and down the length of this country we have clubs trying to get to as higher status as possible, but fairly!  Promotion and relegation are all part of the beautiful game.  Look at clubs like Bournemouth and Burnley – nearly going out of League football and then climbing their way up to the top tier – unbelievable!  Leicester City, AFC Wimbledon and Sheffield Utd all in different ways have had their share of hard times but they have all resurfaced to higher levels through hard work, passion and commitment. All great stories, but then a group of businessman get together secretly and collude to create a scheme to make themselves even more money, or so they think!  How dare they?

In my opinion, this is truly scandalous. As a lifelong supporter of one of these ‘Big 6’  clubs (Tottenham), I’m ashamed of my support! My Dad, my Grandad, all Spurs supporters because of our home being in Hackney. I couldn’t class myself as a loyal supporter because of other football commitments but both Dad and Grandad were avid fans. Both are sadly no longer with us but I’m sure I speak for them when I say that they (the Clubs owners)  have let us all down big time – no just Spurs fans but football fans of all clubs!

Personally, I’m not a great fan of modern Premier League football, – it’s far too soft in my opinion. With overzealous refs, VAR and the culture of cheating and deception ever increasing. I truly find top-level football a hard watch at best nowadays. So to add this into the equation, I honestly would rather watch a lower league team be more honest and, yes, make mistakes but honest ones trying to entertain us! 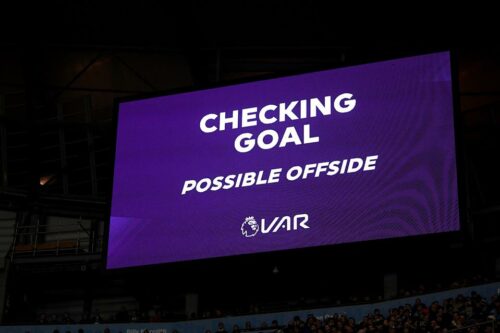 I do feel and hope that the ‘Big 6’ rebel clubs shouldn’t get away with this, there has to be a sanction and it can’t happen again!

I know I’m biased but let’s get these Premier League supporters down to Garden Walk and let them see good players trying their hearts out to win a game, undoubtedly they’ll make mistakes but they’ll soon see the honesty throughout the game at our level.  I believe that the ‘Big 6′ have thoroughly shot themselves in the foot.  With a bit of luck, hopefully, those of us in Non-League can benefit – if you know of any disenfranchised fans bring ’em along to a game and we can show them what real football can and should be about!

A change of subject and some really good news, one of our own, Mamadou Jobe, a lad some might not know very well but up until he went to Cambridge United was a fixture in both our Youth Team and Reserves has just earned himself a 2 year professional deal with Cambridge United! I am so pleased for a lad that I knew as a 15-year-old, looking for some guidance and boy did he take it on! Well done mate, you deserve it!