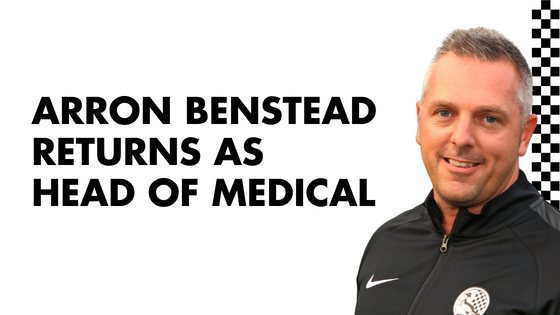 To the supporters of Royston Town, the return of a physio may not seem like a significant summer signing but ask the players and management team and you’ll get a starkly different answer!

Popular back-room staff member Arron Benstead is returning to Garden Walk as Head of Medical. Arron will oversee all medical, treatment and rehabilitation operations at the Club.

Speaking to the website,  Arron explained why he’s returning:

“I thoroughly enjoyed my time at Royston previously. It’s such a well-organised club with great people both on and off the pitch. When I was last here we had a great set-up within the medical department and I hope to improve on this further over the coming seasons.”

“When the opportunity arose to return, I didn’t have to give it any thought. It was a no-brainer. Not only is the club a great place to be but I’m also very fortunate to still have many friends at the club, who I’ve kept in contact with and seen since I was last involved.” 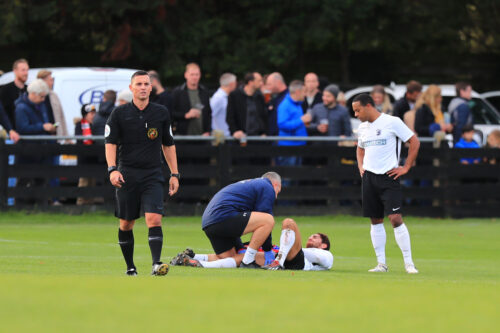 “I’m really looking forward to working with everyone at the club again and, most importantly, keeping the players fit for what will hopefully be another successful season”

Crows Assistant Manager, Chris Watters is definitely looking forward to Arron’s return “Speaking on behalf of the management team, I want to say how good it is to have Arron returning to Garden Walk. Ask anyone who’s dealt with or been treated by Arron and they’ll tell you that he is one of the best physios in the game. As Head of Medical, he will undoubtedly raise our levels and our professionalism even higher. His standards are impeccable and his knowledge is second to none. When he was last with us, he and Scotty Taylor (Strength & Conditioning coach) were instrumental in helping us reduce rehabilitation time. Their use of data and individually tailored plans and programs meant that when a player did  get injured, they were able to return them back to the first team quicker.”

RT @RoystonTownWFC: RETAINED PLAYERS Here are our retained players for the 22/23 season. We are still in discussions with other players.…
14h
League Sponsors