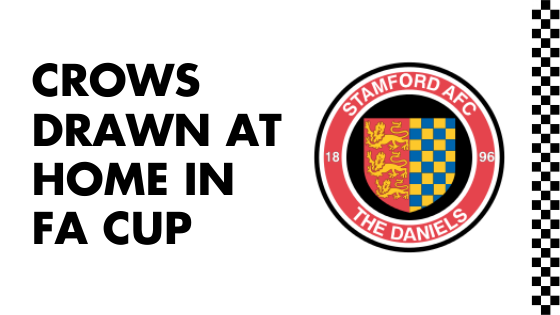 The Crows were today drawn at HOME to Stamford FC in the Second Qualifying Round of the Emirates FA Cup. The game is due to be played at Garden Walk, on Saturday 3rd October.

Stamford defeated AFC Sudbury 4-0 in the First Qualifying Round on Tuesday and also beat Diss Town by the same scoreline in the Preliminary Round. The Daniels play in The Pitching In Northern Premier League South East Division.

We will release more details shortly.

Choose a burger from Gerrys. Choose a seat in the Brain Racher. Choose standing with mates & having a beer. Choose… https://t.co/uigrrtnIbX
14h