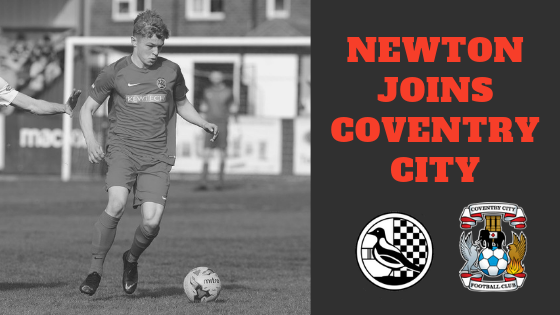 We are delighted to announce that Joe Newton has been signed by league 1 side Coventry City for an undisclosed sum.

Joe (18) has been outstanding for the Crows and has attracted a lot of interest both last season and this and it was always just a matter of time before a League club signed him up. We have been very impressed in the way Coventry City have handled the transfer and we are very confident that the deal is the right one for Joe who has signed a two-year deal at the Club. The clubs have agreed to a short term loan back to the Crows and hopefully, the paperwork will be completed by Saturday to allow Joe to play in the FA Cup.