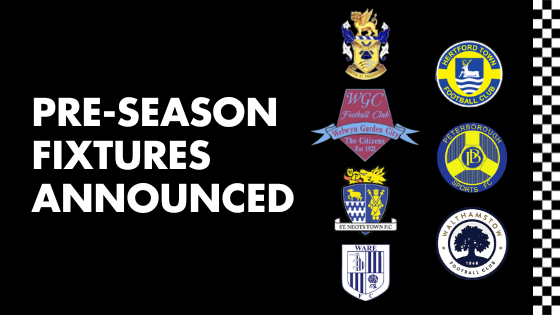 Our pre-season fixture schedule for the upcoming 2022/23 season has now been announced.

The planned HOME pre-season friendly on TUESDAY 26th JULY is still TO BE CONFIRMED. Discussions are currently ongoing and we hope to be able to announce this fixture shortly.

Our final pre-season fixture AWAY at Walthamstow is dependent on our host’s participation in the FA CUP.

Our pre-season fixtures are shown below. 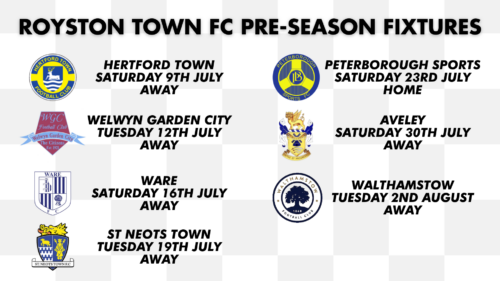 RT @RoystonTownWFC: RETAINED PLAYERS Here are our retained players for the 22/23 season. We are still in discussions with other players.…
14h
League Sponsors