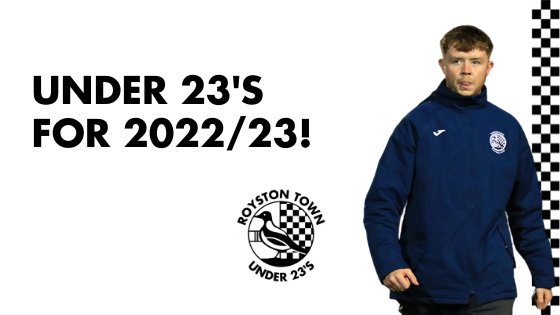 We are pleased to announce that as of the 2022/23 season we will be replacing our existing Reserve team with a new UNDER 23’s SQUAD.

The new UNDER 23’s squad will be managed by the current Under 18’s manager, Dan Evans. Dan will manage both the U18s  and the new Under 23’s.

We caught up with Dan and asked him a few questions about his new role:

Hi Dan, tell us a bit more about yourself?

I’m 26 years old and have been with the club since 2017. I am currently the Manager of the Club’s under 18’s and I have recently taken on the Manager’s position of Under 23’s. I’m extremely proud to be appointed and I can’t wait to get started. 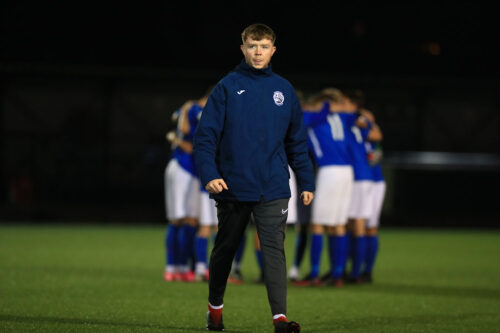 What is your approach to football?

I would say that development is the fundamental philosophy and my approach to the game. With the U18’s, we encourage hard work, good attitude and to play with a purpose. I will look to adopt a similar approach with the U23s.

During my time with the club, I have had the pleasure of working with some extremely talented footballers, as well as meeting some fantastic people along the way. I like to think that we play an exciting style of football and this hopefully makes for an exciting watch.

How will the new U23’s fit into the Club’s current football structure?

Well, what was the reserve team, has now become the U23’s going into next season but there will be a greater focus on development and youth. The side has been formed with the full support of Steve Castle, Chris Watters and Lewis Endacott. Collectively, we feel that the U23s will be a good stepping stone for our youth players as they grow with the club. We strongly believe this is a really positive opportunity to continue developing our U18’s into the men’s game, as well as providing a clear pathway to first-team football.

What do you see as the long-term goal of the U23’s?

For the past 4 and 5 seasons, we have seen plenty of our Under 18’s step into the reserves and the first team, and we hope that forming the Under 23’s will help us retain even more of our youth players and hopefully encourage some homegrown talent to eventually to step up into our first team set up.

Who will you be working with?

I’ll have the support of Matt Campany, who currently assists me in the running of the U18s. Matt also plays a huge role in the club’s development centres. Our goal, and the Club’s goal, is to develop our own youth players as well as be successful in the U23’s and U18’s league and cup campaigns.

We are itching to start and hope to have the Crows fan’s support over the coming season! 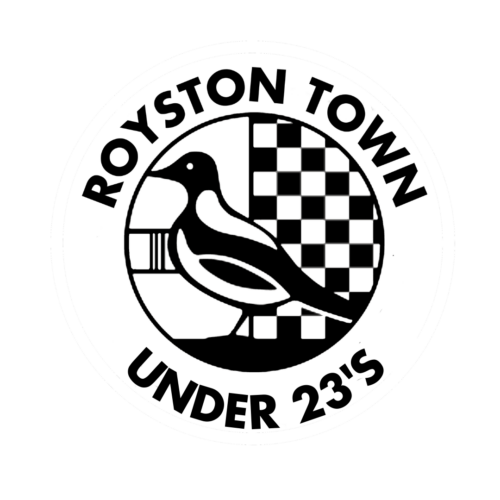 RT @RoystonTownWFC: NEW PLAYERS We are looking for new players If you are interested in getting involved with us please get in contact 📧…
9h

TRAVELLING SUPPORTERS ADVICE We recommend that before travelling to any of our pre-season friendlies in the London… https://t.co/kqEZtBCSGg
11h

RT @RoystonTownWFC: RETAINED PLAYERS Here are our retained players for the 22/23 season. We are still in discussions with other players.…
13h
League Sponsors