In a game that could be best described as attritional, neither team really did enough to deserve collecting the points, as the match ended in stalemate.

A hard bobbly pitch made quick, free flowing passing impossible and as a result both attacking units struggled throughout to create any sort of chances, as both defences remained in firm control.

Indeed, such was the defensive dominance of both teams, there was only one clear cut chance created throughout the 90 minutes. This arrived in the 38th minute as a neat flick through from Adam Murray saw James Potton through on goal, but Ben Heath saved well with his legs and Murray’s follow up header was blocked and turned away from the danger zone.

With Murray’s physical presence well marshalled by Alexander Collard, Royston struggled to create anything and with the pitch making it hard for both Tom Knowles and Eren Kinali to use their pace and trickery, Heath remained untroubled in the home goal.

For Rushden, Tom Lorraine looked a threat both in the air and with his pace, but Dan Brathwaite and in particular Taylor Parr, kept him well in check and denied him any hint of a sniff at goal.

With Joe Welch being so well protected, it was a fairly quiet afternoon for the Crow’s Number 1, only being called into action twice, both times to deny Ben Farrell. In the 58th minute he saved with his legs after Farrell had been forced away from goal and then 14 minutes later he beat away a fierce Farrell volley, that was well struck but straight at him.

The only other sight of goal for the Crows, was a half chance for Gus Scott-Morris, who saw a looping overhead kick bounce on the bar twice, before Murray volleyed wastefully wide.

A poor match to watch, but one that never lacked for effort or commitment from two well matched sides, deservedly ending with both teams having to settle for a hard earned point. 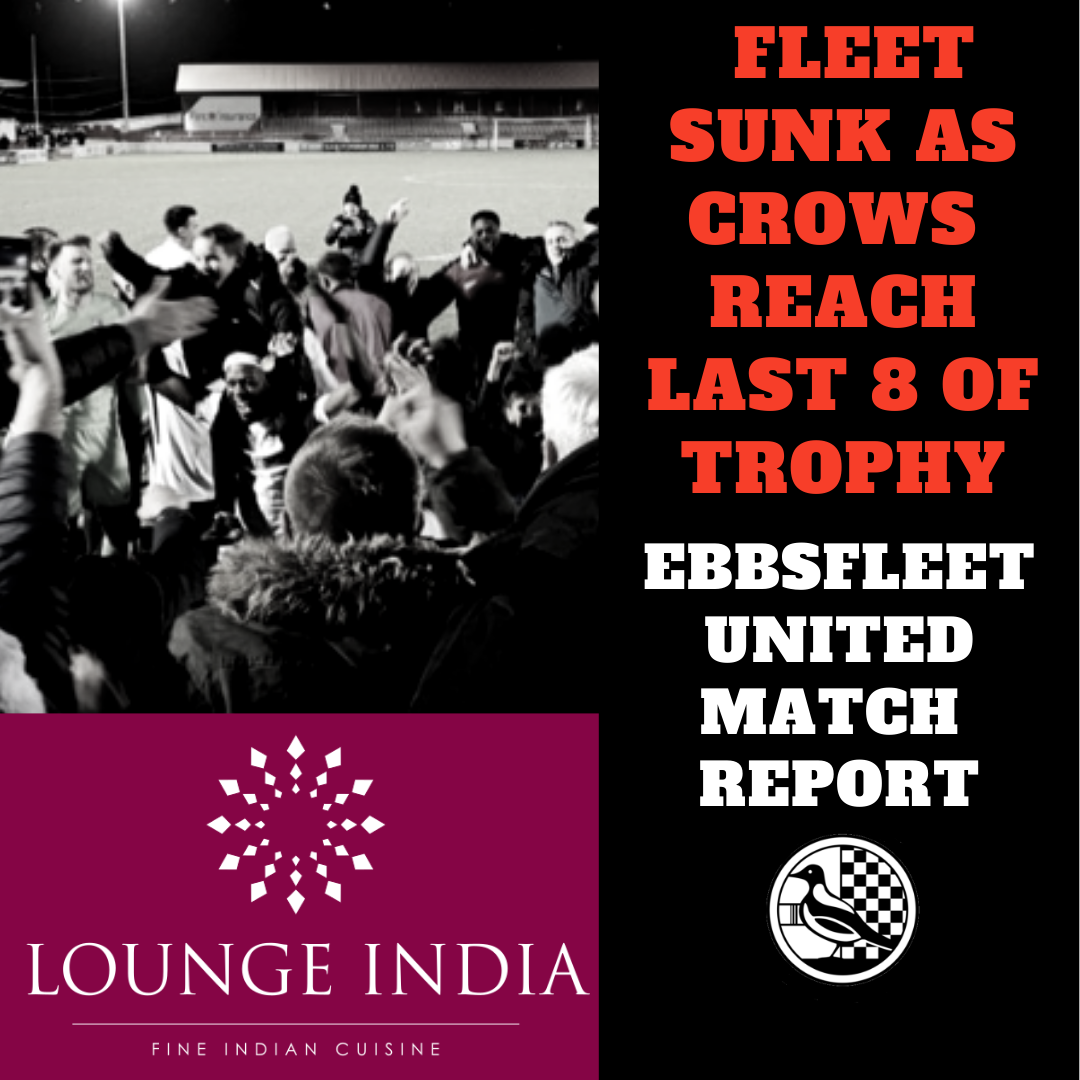