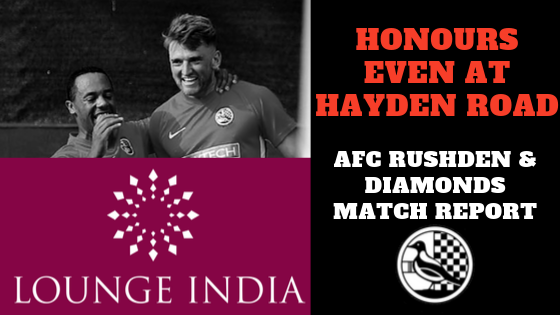 HONOURS EVEN AT HAYDEN ROAD

A keenly contested affair ended up with both teams having to settle for a share of the spoils, which in the end, was probably a fair reflection of the game.

The first half never lacked for endeavour, but there was little quality on offer. For Royston Matt Bateman saw a weak shot easily saved, the finish not matching the excellent first touch after Claudio Ofosu’s pass. Ofosu also set up Scott Bridges for a shooting opportunity which sailed over the Rushden goal and Adam Crowther should have done better with his head from a teasing Gus Scott-Morris cross.

The home side had their moments as well, with the long throw of Sam Brown a potent weapon. It was from one such delivery that Tom Lorraine had Rushden’s best chance of the half, but he blazed wastefully over from close range after an initial shot had been blocked.

Finally, in the last minute of the half, the game’s first bit of real quality resulted in the breakthrough for the Crows. Centre half Crowther delivered a pinpoint curling cross that was expertly headed into the corner of the net from 12 yards out by Bateman, to give the away side the upper hand at the break.

Having fallen behind the home side came out for the second half with a renewed vigour and deservedly equalised in the 54th minute. From yet another long throw the ball was only cleared back out to the taker Brown, who swung in a cross that was met with a thumping close-range header from Alex Collard.

Rushden continued in the ascendency and Royston had keeper Joe Welch to thank as he made an excellent close-range stop from Lorraine, who had been slipped through after Sam Johnson had rather too easily advanced through the Crows midfield.

Royston managed to repel the Rushden pressure as the game remained closely matched. Chances remained limited though, with Bridges seeing a free-kick well tipped over by home stopper Ben Heath before Ryan Dove was unfortunate to see his effort smash against the Crows post with Welch having no chance to react.

With time running out Royston thought they were denied a clear penalty as Bridges run and cross clearly struck the hand of a home defender. It was certainly not an intentional handball and whether the hand was in an unnatural position is always up for debate, but on reflection the referee probably judged it correctly, to leave both sides having to settle for a point apiece. 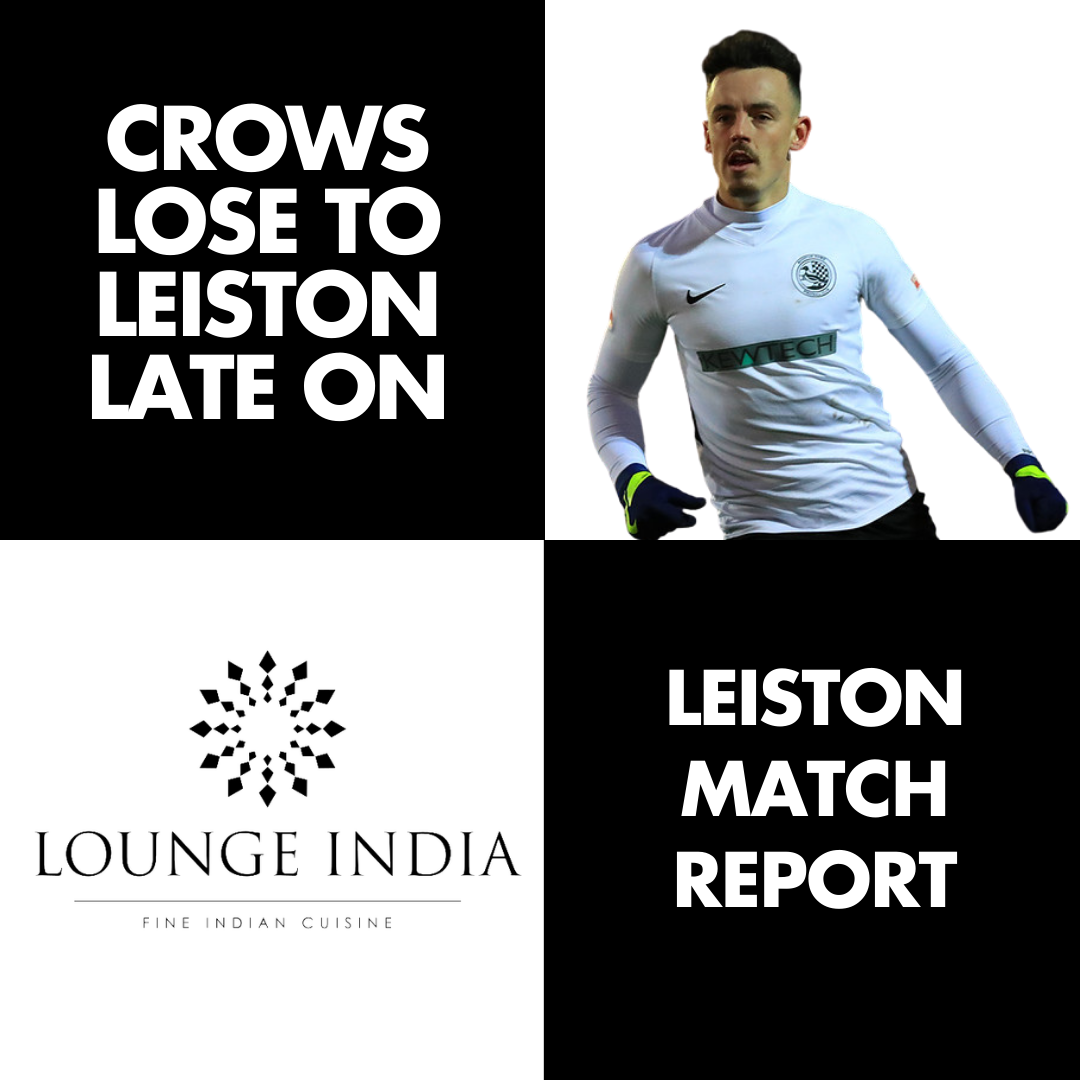